Skip to content
The proposed development of the field off Westwood Close east of Westbourne Avenue – site H10
Over the last 6 months the residents of Westwood close and Westbourne Ave have been fighting the proposed development for many valid reasons and with the support of many Emsworth people including our local councillors, the ERA , the Emsworth Forum, and Westbourne Parish Council. Briefly our reasons against it are:
The field is a public amenity, a very pleasant open country walk The foot path (No 73) is marked as a recreational path and is part of the Sussex Border Path network. it is used by many people, 149 per day counted on a summers weekend. The developer’s proposal of moving the path to the east, onto the flood plain 2 would mean it would be too water logged to use in the winter.
It is a great habitat for wild life the recent poor wild life survey by Natural England showed nothing of importance. They seem to be looking for the hallowed Dormouse! The field is not Dormouse territory.  The placed felt mats to attract snakes and other reptiles were poorly placed. The cows trampled on them. There is no concern about the 13 common animals and reptiles and 44 species of birds that regularly inhabit the area, do they not count? The field forms a natural green corridor from Emsworth Harbour / Brook meadows to Westbourne and the Downs beyond. Because it is a unlit area at night it is used by hundreds of migrating birds as north/south route. Flying at night avoids predators.
The Field is a natural rain soak-away for the surrounding area, with a gradual filter of water into the river Ems. Building houses and roads will create an instant flow of water into the river Ems after heavy rain as already demonstrated by the Redlands Grange development. The Developers proposed permeable road SUDS will be inadequate. Incidentally it will be a private road. There is no doubt that the residents of the development will experience water logged gardens in the winter and early spring.
There will be over 100 car movements a day. Westwood Close is too narrow and unsuitable for such traffic.
Affordable Houses. I have yet to hear of a developer who actually builds the planned amount of
affordable houses. There is always some excuse – increased labour or material costs, infrastructure costs greater than expected – etc.
What is an affordable house? a Havant Council official at the ERA meeting did not know! she said it was up to the developer.
Here is a calculation to consider, based on a selling price of a 2 bed roomed semi in Emsworth at £300,000
The purchasers deposit 5% £15,000 – Government 20% loan £20,000 repayable with 1.75% interest after 25 years or when the house is sold.
The Mortgage would be £225,000. Factor in other costs such as private road service charge, rates, house insurance (on a flood pain!)
The house holders could have out goings of £1400 per month. Plus any student loans to repay. Is this affordable for a young couple?
According the Council’s Draft Plan 2036, Havant Borough Council have a need of 9260 homes by 2036. They already have a total of 9549 homes either completed, committed or to be made through further supply, which is an excess of 289. This excess figure is described as a buffer. We believe that the development of 49 homes off Westwood Close is patently not required to help HBC fulfil their housing figures, therefore the development should be rejected. At the end of the day the decision on whether this development goes ahead or not rests entirely with HBC.
I believe the next stage is the developer applies for planning permission. They are already seeking to have the footpath moved. But at the end of the day the decision on weather this development goes ahead or not rests entirely with Havant Borough Council.
Clive Yeomans 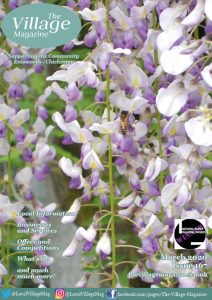