Community and voluntary groups from across Hampshire are encouraged to enter into the Campaign to Protect Rural England (CPRE) Hampshire’s Countryside Awards, sponsored by The Southern Co-operative.

The Countryside Awards, now in their tenth year, celebrate a beautiful, diverse and living countryside that everyone can value and enjoy. The Southern Co-operative is the lead sponsor of the Awards, also sponsoring the ‘Community and Voluntary’ category.
Gemma Lacey, Director of Sustainability and Communications at The Southern Co-operative said: “The CPRE Countryside Awards are a fantastic showcase of the individuals and organisations who strive to make Hampshire a beautiful place to live and work. The Southern Co-operative, whose roots lie in Hampshire, has always been extremely passionate about championing the South’s countryside and working in partnership with our local communities to protect and sustain our natural environments.”
The ‘Community and Voluntary’ Award aims to find a countryside project which has a high level of community and volunteer involvement; encourages the public to connect with the countryside; prioritises environmental, conservation or restoration within a rural environment; includes educational elements; and appreciates the inherent value of the landscape.
Previous winners of the ‘Community and Voluntary’ Award includes the charity, Pondhead Conservation in Lyndhurst whose project aimed to restore 76 hectares of woodland habitat; the volunteer-based organisation, Brook Meadow Conservation Group in Emsworth who maintains the six acre Local Nature Reserve for the benefit of the public and the wildlife; and a nine year old’s initiative, the Jodrell Close Wildlife Garden in Horndean which encouraged local residents and local organisations to create a community wildlife garden.
Ms Lacey continued: “We are proud to support the Countryside Awards which over the last 10 years has brought to light some fantastic rural projects and initiatives. I would like to encourage all volunteers, young people, community groups, businesses and organisations from across Hampshire to enter the CPRE Hampshire Countryside Awards and get the recognition they deserve for their contribution to Hampshire. I will look forward to your entries!”
To enter a project for CPRE Hampshire’ Countryside ‘Community and Voluntary’ Award, please visit: http://www.cprehampshire.org.uk/awards.
The closing date for entries is Friday 17thJune 2016. Winners will be announced at the Countryside Awards Ceremony on Thursday 15th September 2016 in Winchester. Other Award categories include: ‘Young People’,’ Rural Enterprise’ and ‘Sustainable Buildings’. 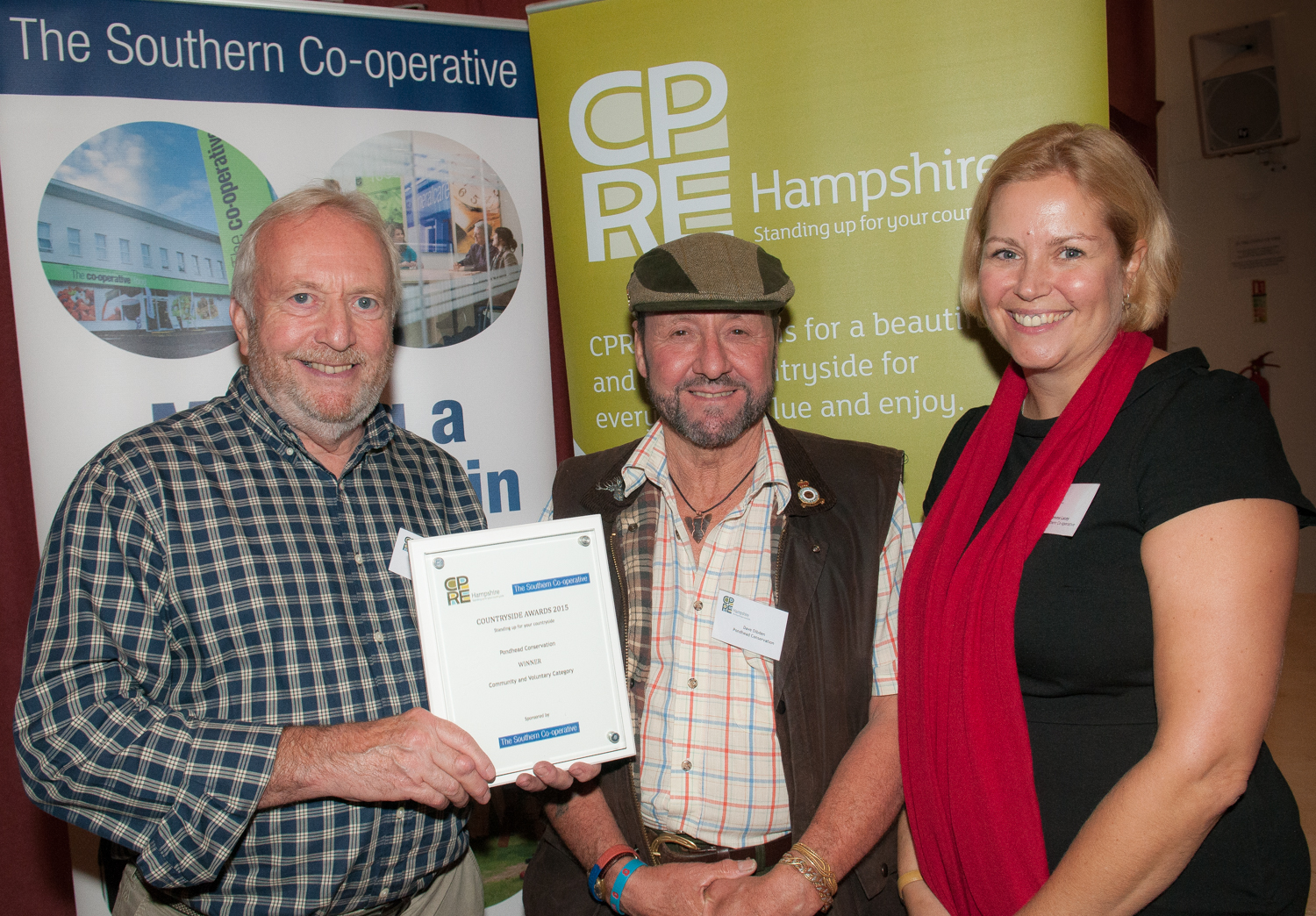